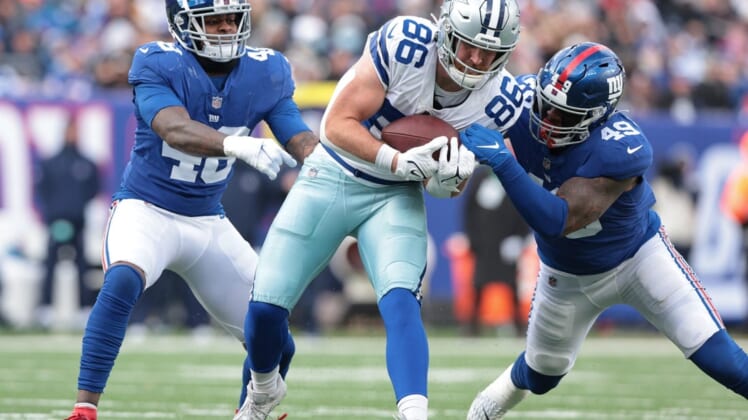 Dallas Cowboys tight end Dalton Schultz won’t take part in the rest of the team’s voluntary organized team activities because he is unhappy with his contract, NFL Network reported Monday.

In March, the Cowboys put the franchise tag on Schultz, and he signed the $10.931 million tender for 2022. He is contractually obligated to play on that deal if a long-term agreement isn’t reached by July 15.

Schultz, who turns 26 next month, was a fourth-round pick in 2018 and caught 78 passes for 808 yards and eight touchdowns last season.