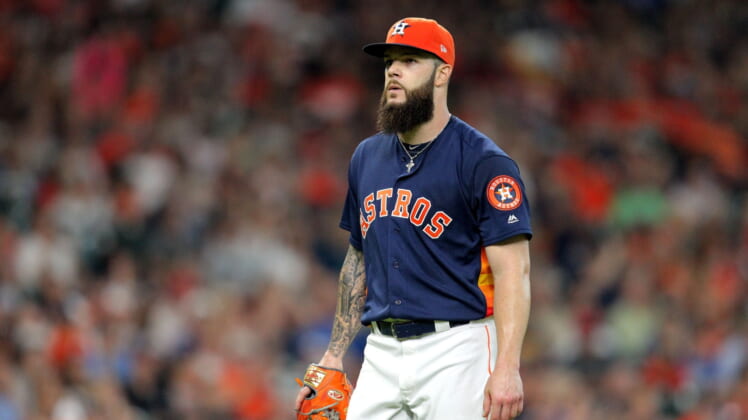 The defending NL East champion Atlanta Braves have already added two former All-Stars in that of Josh Donaldson and Brian McCann this offseason.

In no way does this mean the up-and-coming team is done. Atlanta is now reportedly seeking out top-end starting pitchers during the Winter Meetings in Las Vegas this week. That includes former AL Cy Young winner Dallas Keuchel.

Braves seem to have Keuchel atop their wish list. Seek 1 starter, 1 reliever and 1 outfielder.

This would be a pretty big get for the Braves. Keuchel, 30, is coming off a down season for the Houston Astros. But he’s been among the best starters in baseball since breaking out big time back in 2014.