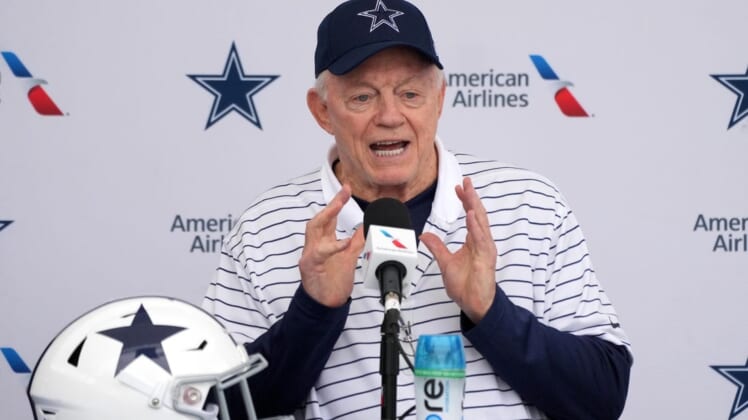 The Dallas Cowboys franchise is the most valuable in professional sports, according to Sportico.

Sportico, which tracks financial data in sports, has valued Dallas at $7.64 billion, which is $630 million more than the second-most expensive franchise, the New York Yankees. The estimated values were determined through interviews that were held with bankers, lawyers, owners and teams’ front office staffs. Public records were also utilized, according to the report.

Three elements play a role in a franchise’s estimated total value: team value, related businesses and revenue. Numerous gray area lie within these estimates, as team value can vary based on what a potential buyer is willing to spend, and revenue is often kept private.

Dallas has a $7.14 billion team value, brings in $497 million thanks to related businesses and generates $978 million in revenue, per the report.

The Cowboys are one of five NFL teams ranked in Sportico’s top 10. The Los Angeles Rams, New England Patriots and New York Giants sit fifth through seventh, respectively, and the San Francisco 49ers are ninth.

At No. 44 on the list, the Cincinnati Bengals are valued as the cheapest franchise in the NFL at $2.84 billion.