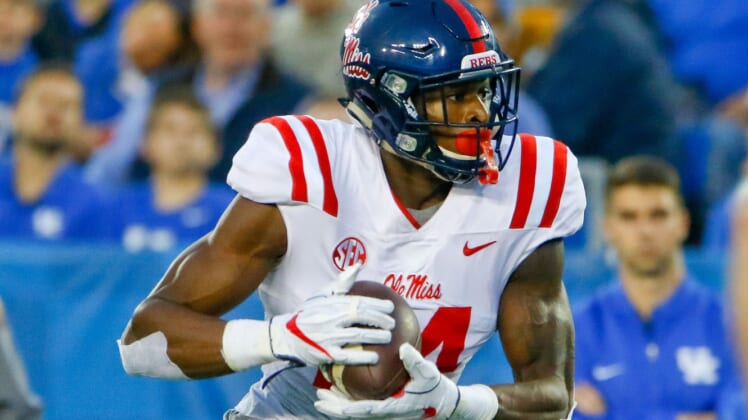 The 2019 NFL Draft will be lauded for its defensive prospects, now the offensive side of the ball is about to get stronger. On Friday, Ole Miss wide receiver D.K. Metcalf declared for the draft.

According to Pete Thamel of Yahoo Sports, Metcalf announced his declaration for the 2019 NFL Draft on Friday during an interview with Yahoo.

Metcalf is an extremely intriguing talent who made a plethora of stunning plays this season, including a one-handed touchdown catch and a 75-yard score against Alabama.

However, he suffered a season-ending neck injury in October and it could be a medical red flag for him during the draft process.

The redshirt sophomore hauled in 569 receiving yards and five touchdowns across seven games with four games of 90-plus receiving yards. At 6-foot-4 with great athleticism, the draft process should help Metcalf establish himself as one of the most physically gifted receivers in the 2019 draft class.