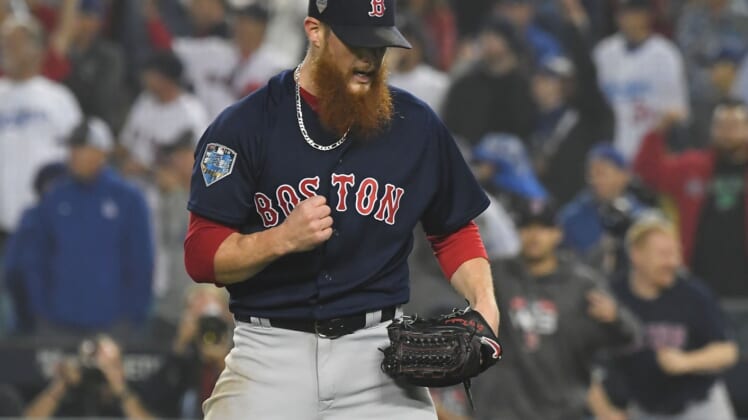 After seemingly being uninterested in one of the game’s best relief pitchers for months, the Chicago Cubs are now reportedly showing interest in signing All-Star closer Craig Kimbrel.

According to The Athletic’s Ken Rosenthal, Chicago’s front office is showing increased interest in potentially signing the All-Star closer with greater financial flexibility to sign him than ever before.

Specifically, Rosenthal notes that infielder Ben Zobrist’s stint on the restricted list, which is indefinite as he takes time away from the game following his divorce, frees up money for the team to spend on Kimbrel.

While Chicago’s bullpen ranks eighth in the majors with a 3.87 ERA, it has experienced its share of trouble in recent weeks. Injuries and a heavy reliance on late-inning arms like Steve Cishek have put additional weight on the bullpen.

Signing Kimbrel would be a significant addition for the Cubs and unlike potential trade acquisitions, signing him would only cost the club money.

However, the Cubs will likely be joined by numerous contenders pursuing Kimbrel after the MLB Draft passes and he is no longer tied to draft-pick compensation.