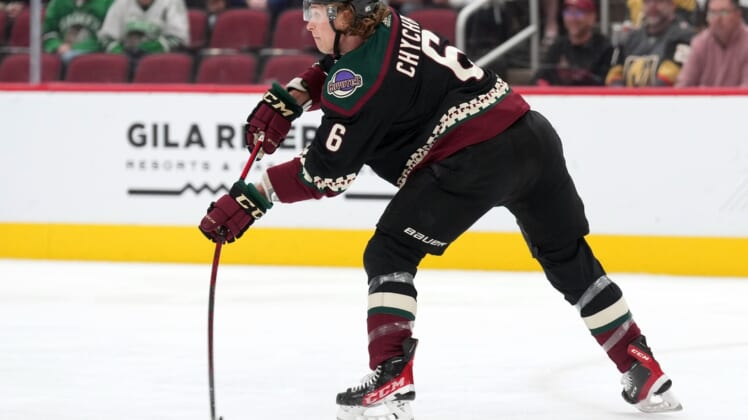 Coyotes defenseman Jakob Chychrun will return to Arizona, Canada’s TSN reported Sunday, in order to get a further examination by team doctors on a lower-body injury.

Chychrun was injured during the second period of Saturday’s 3-2 road loss to the Boston Bruins, following a collision along the boards. He came back on the ice for his shift but later left the game and did not return.

Initial indications from Coyotes head coach Andre Tourigny on Saturday were that the injury was not considered serious and he would be day-to-day. That was before he left the road trip Sunday, with the Coyotes set to play at Ottawa on Monday.

Chychrun has 10 points, with five goals, in the past seven games for the revived Coyotes, who just saw a season-best four-game winning streak come to an end against the Bruins.

Chychrun had been rumored as a potential trade piece for the Coyotes with the trade deadline approaching in just over a week.