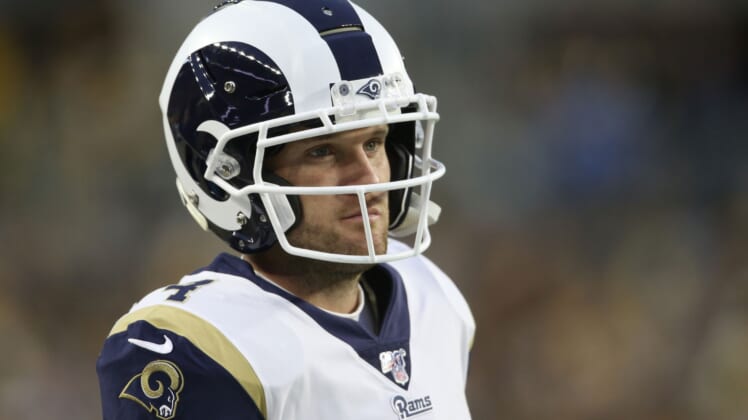 The Dallas Cowboys are signing former All-Pro Kicker Greg Zuerlein to a three-year deal worth $7.5 million, per NFL Network’s Mike Garafolo. The signing reunites Zuerlein with special teams coach John Fassell, who worked with him on the Los Angeles Rams.

Zuerlein, a sixth-round pick in the 2012 NFL Draft, spent the first eight seasons of his career with the Rams. The 32-year-old’s best season came in 2017 when he earned first-team All-Pro honors after drilling 95% of his 40 field-goal attempts and hit 96% of his extra-point attempts.

After converting 87.1% of his field-goal attempts in 2018, Zuerlein struggled this past season. He made a career-worst 72.7% percent of his kicks, only converting 10-of-18 attempts from beyond 40 yards out. However, the veteran kicker boasts a powerful leg and made all 42 of his extra-point attempts this past season.

Fassell left the Rams’ coaching staff this offseason after staying with the organization since 2012. Now months after he left for Dallas, his top kicker will be joining him.

While the Cowboys re-signed Kai Forbath to a one-year contract just a few weeks ago, the organization couldn’t pass on an opportunity to upgrade at the crucial spot.