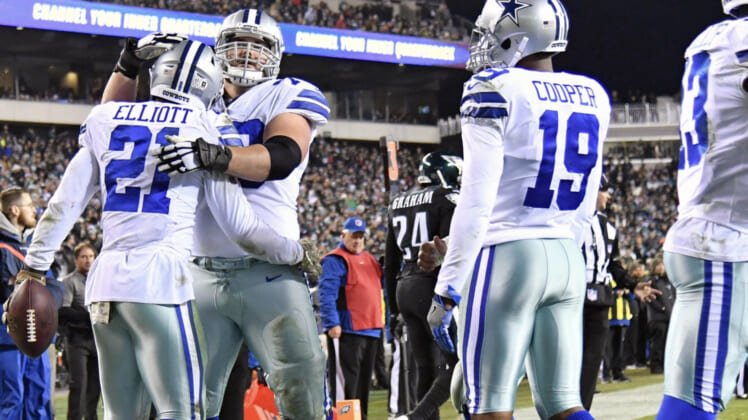 The Dallas Cowboys have quite a quandary on their hands with three top offensive stars — Dak Prescott, Ezekiel Elliott and Amari Cooper — all needing new contracts.

The team has made quite a big deal publicly saying it will not set new markets on any of these new deals. And the rhetoric from Jerry Jones and Stephen Jones regarding the Ezekiel Elliott situation has been eye opening.

However, according to Jane Slater of NFL Network, all three players have “generous” offers on the table that would make them one of the top-five highest-paid players at their position.

Prescott reportedly rejected Dallas’ initial offer and sent back a counter-offer. Nothing further has been reported on that front since. Elliott, of course, is in Cabo during his training camp holdout. Cooper has been at camp, and he’s consistently said he’s not worried about his contract situation.

Getting all three of these young stars inked for the long haul is one of the biggest priorities for the Cowboys moving forward. But clearly, it’s not an easy prospect.