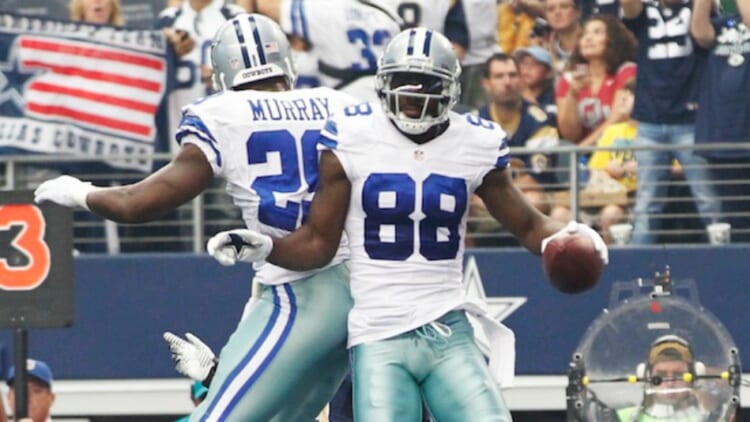 Nearing the deadline to sign Dez Bryant to a long-term contract, the Dallas Cowboys are reportedly making a strong push to satisfy the star receiver.

Ian Rapoport of NFL Network has the scoop:

From @Rand_Getlin & me: #Cowboys increased their offer to Dez Bryant beyond $13M, making a strong push. Bryant is more optimistic than ever

Hours later, the optimism seemed to be spreading.

The #Cowboys are making real progress toward a long-term deal with Dez Bryant. Everyone, it appears, it optimistic now.

The real sticking point here is going to be guaranteed money.

Bryant wants financial security in case of injury, but the Cowboys are rumored to be balking at a contract that doesn’t include protection against any off-field trouble, per Jason Cole of Bleacher Report.

Dallas doesn’t want this to turn into a prolonged holdout, which Bryant has threatened.

Getting a deal done today is in the best interests of all parties involved, so it’s encouraging to see the two sides may be coming together here at the deadline.

Bryant has caught 41 touchdowns the past three years and is one of the most deadly red-zone weapons in the league. He is the catalyst for Dallas’ prolific passing attack, which the team needs to keep humming along in order to compete for the Lombardi Trophy this winter.