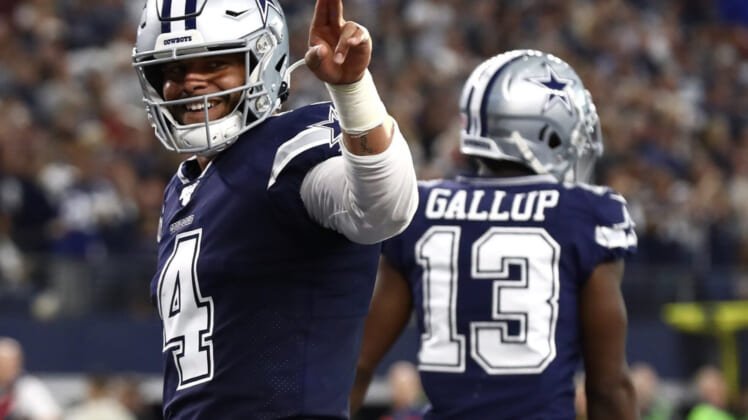 Quarterback Dak Prescott and the Dallas Cowboys remain at a deadlock when it comes to a long-term contract about five weeks before NFL free agency starts.

We already know Dallas will not let Prescott test free agency. The Pro Bowler will have the franchise tag placed on him ahead of the start of free agency on March 18.

Despite seemingly being at a stalemate, NFL Media’s Ian Rapoport is reporting that Dallas hopes to get an extension done with Prescott ahead of that “deadline.” Said deadline is March 10.

At least publically, Dallas has been pretty positive throughout these now drawn-out negotiations. Prescott himself has shown outward frustration recently.

It was reportedly noted that Prescott is demanding $40 million annually. That has since been debunked. Meanwhile, Dallas was said to have offered him a deal averaging about $35 million annually ahead of the 2019 season.

Things are fluid in this regard. The Cowboys have publicly indicated that they will not chase after six-time Super Bowl champion quarterback Tom Brady. However, at least one high-profile member of the organization is not buying that.

A fourth-round pick back in 2016, Prescott is coming off a 2019 campaign that saw him put up career-high numbers in passing yards (4,902) and and passing touchdowns (30) en route to leading Dallas to a disappointing 8-8 record.