Report: Cowboys likely to use franchise tag on Dak Prescott after 2019 season 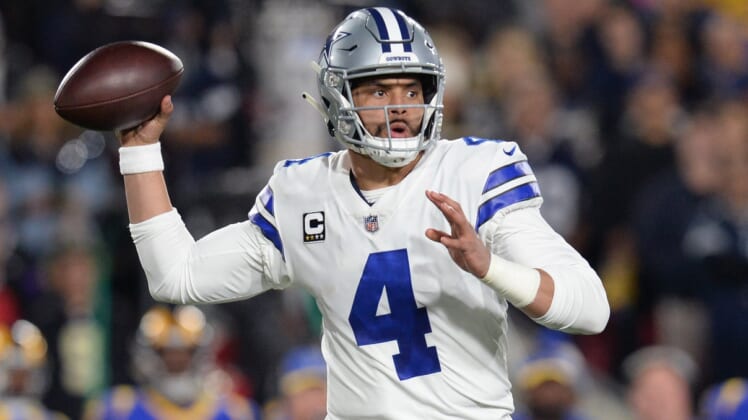 The Dallas Cowboys and Dak Prescott haven’t gotten anywhere on a long-term contract and talks are essentially dead at this point, per Ian Rapoport, who notes the franchise tag is what’s next for the young quarterback.

Writing on this subject Sunday morning, Rapoport noted there’s “nothing going on” at this point:

“This means Prescott is headed toward the franchise tag this offseason. At this point in the season, with a tag looming, it’s hard to imagine a new deal getting done. That said, neither side has put a deadline on it and talks could kick into gear at any point.”

Prescott is playing out the final year of his rookie deal and is making just over $2 million this year. Given the fact that top quarterbacks are making $35 million per year now on new extensions, that’s quite the discrepancy. Furthermore, Prescott has hinted that he owes it to other players to push for a record-breaking deal — something Dallas has shown an aversion to doing.

The bottom line is that Dallas is sold on Prescott as the franchise quarterback and won’t risk letting another team blow him away with an offer in free agency. However, with nothing doing on the Amari Cooper contract front as well, it sets up for a very interesting offseason in Dallas.