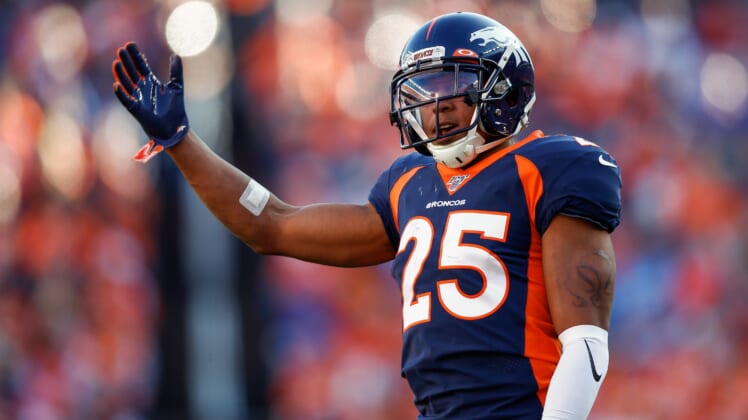 Chris Harris Jr. dominated at cornerback for nine seasons with the Denver Broncos. Now, as he heads into free agency, the star cornerback is already drawing interest from across the NFL.

According to Denver7’s Troy Renck, the Dallas Cowboys, Las Vegas Raiders and New York Jets are among the suitors that will pursue Harris Jr. this offseason.

The 30-year-old cornerback, a two-time All-Pro and four-time Pro Bowl selection, is also receiving interest from the Detroit Lions and Houston Texans.

Denver is expected to let its star cornerback test the market in free agency and the list of suitors likely will drive his price tag past what the Broncos will offer.

Harris Jr. could be an ideal solution for the Cowboys, who are prepared to lose Byron Jones this offseason. While Harris Jr. could play outside, he excels covering the slot and would be an excellent addition for any secondary.

Even in a free-agent class loaded at cornerback with Jones and Carolina Panthers cornerback James Bradberry, Harris Jr. will cash in with a massive deal this offseason.