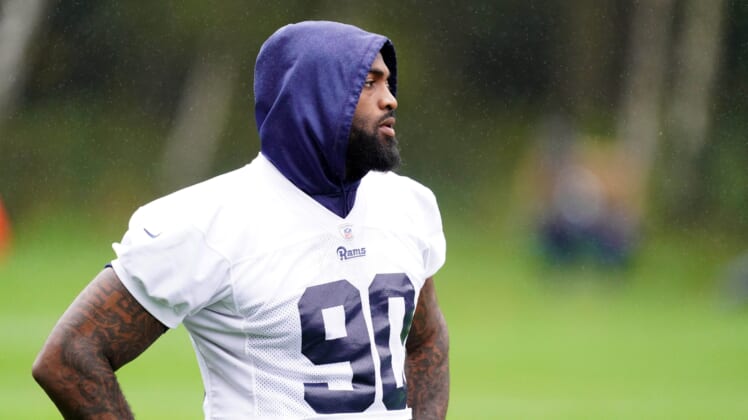 It was just last week that the Baltimore Ravens signed veteran defensive tackle Michael Brockers to a three-year, $30 million contract. This seemed to further fortify the team’s defensive line after it acquired former Pro Bowler Calais Campbell earlier in the month.

There might now be a snag here. Due to the restrictions on physicals during the coronavirus (COVID-19) pandemic around the United States and the rest of the world, the Ravens have had an issue getting a handle on Brockers’ condition. It has led them to potentially look in other directions.

The NFL is doing its part not to overwhelm the healthcare system in this country. In doing so, it has decided to postpone physicals for players who have signed contracts or have been traded over the past week-plus.

As it relates to the Ravens, NFL Media’s Ian Rapoport is reporting that they had interest Ndamukong Suh before he re-signed with the Tampa Bay Buccaneers earlier on Wednesday. For his part, Brockers’ agent is still confident he will sign in Baltimore this week.

These are the complexities of the NFL’s current situation. As a large amount of Americans find themselves in quarantine with travel restrictions, it was always going to be hard to get players to take physicals. Now that this is off the table, things could get even more interesting for players who have not signed on the dotted line.