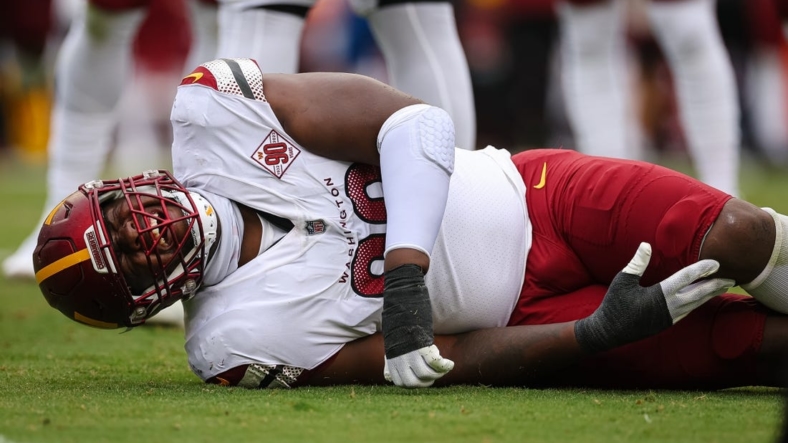 The second-round draft pick from Alabama is expected to make a full recovery for 2023.

Mathis, 24, left the field on a cart after injuring his left knee during Sunday’s 28-22 season-opening win against the Jacksonville Jaguars.

Injured on the first play of the Jaguars’ second possession, Mathis grabbed his knee after going down awkwardly while defending a 1-yard run by James Robinson.