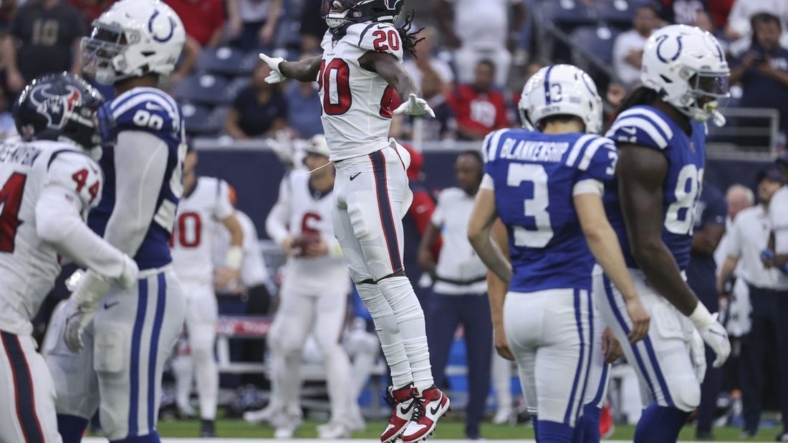 The Indianapolis Colts are trying out at least two kickers Tuesday in the wake of Rodrigo Blankenship’s overtime miss in Week 1, the Indianapolis Star reported.

The Colts brought in Josh Lambo and Matthew Wright, per the report, after Blankenship missed a 42-yard field goal attempt that would have given the Colts an overtime victory on Sunday against the Houston Texans. The Colts had to settle for a 20-20 tie with a team they beat 62-3 in two combined games in 2021.

Wright will not be signing with Colts, per the report. It’s not clear if the Colts brought in more kickers for tryouts.

Lambo kicked in three games for the Jacksonville Jaguars last season. He has made 87.1 percent of his FG attempts and 89.9 percent of his extra point attempts in parts of seven seasons with the Chargers (2015-16) and Jaguars.

Blankenship also sent two kickoffs out of bounds on Sunday.

“To Rod’s credit, as we’ve brought the heat and brought competition, every time we’ve done that, he’s kind of won those battles,” Colts coach Frank Reich said Monday. “That’s to his credit. That’s what we have to continue to evaluate. (General manager) Chris (Ballard) and I will sit down and have a long discussion about that tonight and see where we’re at.”

Blankenship, 25, missed most of the 2021 season with an injury. He made 11 of 14 FG attempts in five games and seven of eight PATs.