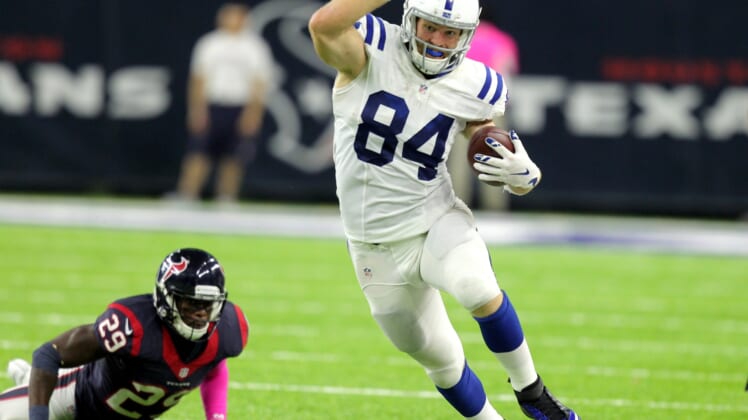 The Indianapolis Colts are rolling right now on a five-game winning streak and are in great shape for a playoff run. However, it appears they’ll have to make that run without star tight end Jack Doyle, who’s reportedly going to be placed on injured reserve.

“Indianapolis Colts Pro Bowl tight end Jack Doyle suffered an unspecified injury in Sunday’s game and is expected to be placed on injured reserve,” per Stephen Holder of The Athletic.

The emergence of Eric Ebron as a legitimate scoring threat will soften this blow a bit.

However, Doyle has been a key weapon for the Colts and Andrew Luck when healthy this year. He’s hauled in 26 passes for 245 yards and two touchdowns in six games, and his ability to create matchup problems for opposing defenses will be sorely missed.

Additionally, the Colts have had injury problems at the tight end position overall. At this time, Ebron is the only healthy tight end on Indy’s roster, meaning the Colts might need to make some serious adjustments going forward.