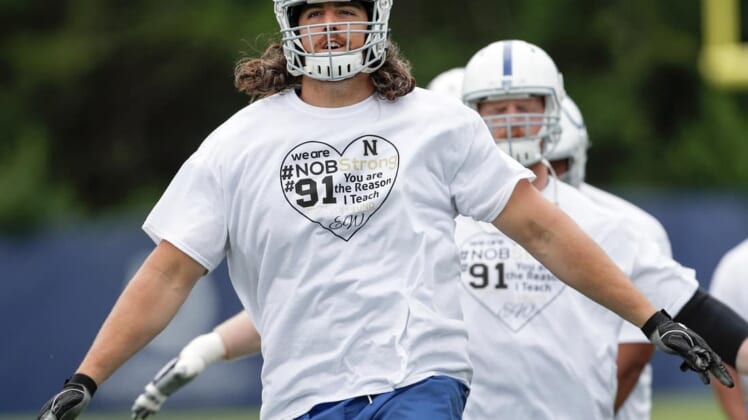 The Indianapolis Colts have locked down starting left tackle Anthony Castonzo with a two-year contract extension worth $33 million, per Tom Pelissero of NFL Network.

The Colts confirmed that they have signed Castonzo to an extension shortly afterward.

Castonzo is a former first-round pick (2011) out of Boston College. He’s been a full-time starter for the Colts since his rookie campaign, tallying 132 starts in the past nine seasons. Now, he’s one of the highest-paid offensive linemen in the NFL.

Now the biggest question the Colts have is this: Who will Castonzo be protecting this coming season? The team is on the hunt for a quarterback, and we’ve got our eyes on one particular free agent who fits the franchise like a glove.