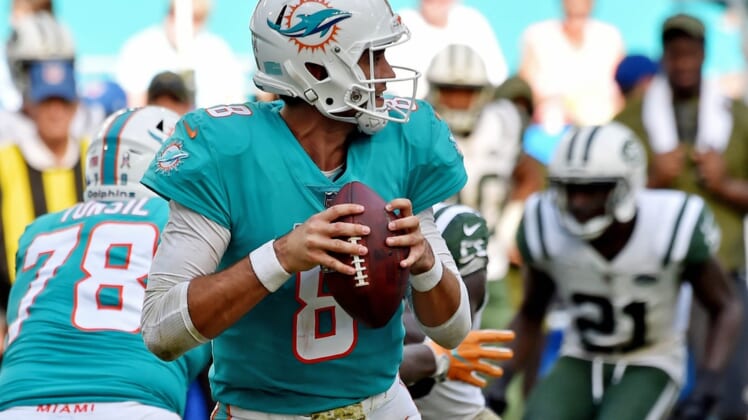 The Indianapolis Colts are in need of depth at quarterback behind Jacoby Brissett following Andrew Luck’s abrupt retirement.

They could soon turn to a familiar face in that of free-agent quarterback Brock Osweiler. According to ESPN’s Field Yates, Indy met with the former Denver Broncos and Houston Texans starting quarterback on Tuesday.

Whether this means the Colts will sign Osweiler remains to be seen. But they obviously have interest in the veteran.

Osweiler, 28, last saw action with the Miami Dolphins in 2018. He started five games for the team, tossing six touchdowns and four interceptions in the process.

The former second-round pick is considered one of the biggest free-agent busts of the modern era.

He signed a four-year, $72 million deal with the Texans back in 2016, only to play for the team for one season before being sold a long with a second-round pick to the Cleveland Browns the following spring.