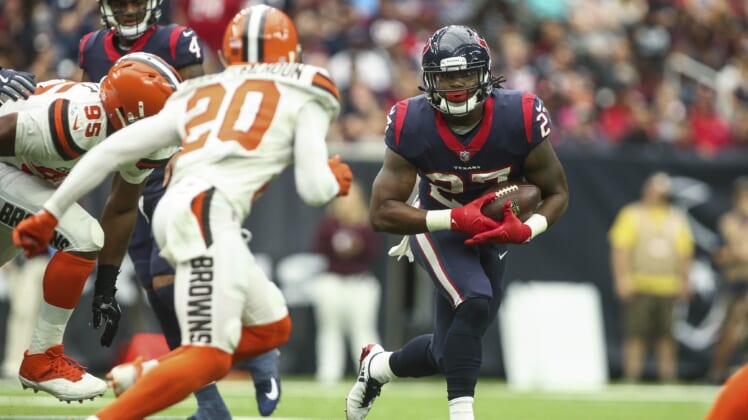 The Indianapolis Colts have reportedly picked up running back D’Onta Foreman off waivers after the Houston Texans released him.

Foreman was reportedly released by Houston due to work-ethic concerns.

He came into the NFL with some promise after busting out with a huge final season at Texas in 2016, piling up 2,028 yards and 15 touchdowns on the ground.

Since joining Houston as a third-round pick in 2017, Foreman struggled to stay healthy and only played 11 games the past two seasons. In those games, he rushed for 326 yards and two touchdowns, adding 111 yards and a touchdown on 11 receptions.

If Foreman can stay healthy and impresses Indianapolis coaches, then it stands to reason he can make a positive impact playing behind the team’s very good offensive line.