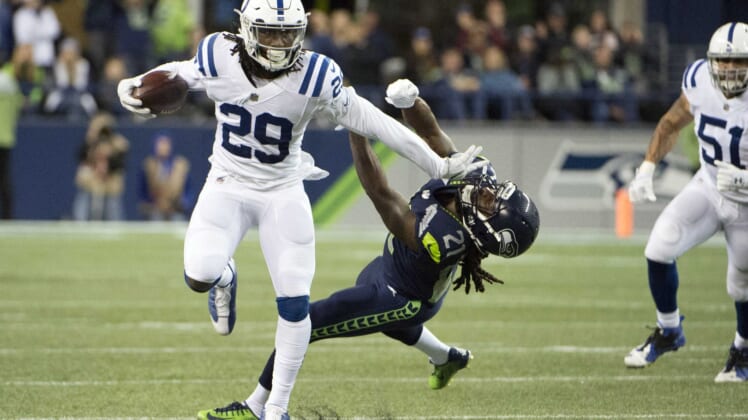 The Indianapolis Colts will have to play the rest of their 2017 campaign without impressive rookie safety Malik Hooker, who tore his ACL and MCL Sunday.

#Colts S Malik Hooker suffered a torn ACL and MCL today, sources say. The impressive rookie season for the first rounder is over.

This is a brutal injury, both for the first-rounder and the team that drafted him. There haven’t been many bright spots for Indianapolis this year, but Hooker’s play was one of them. The Ohio State product is a ball hawk who logged three interceptions and got his hands on four more passes this season.

This injury will stretch an already thin defensive secondary to the limit. Look for Darius Butler and/or TJ Green to see more action the rest of the way.