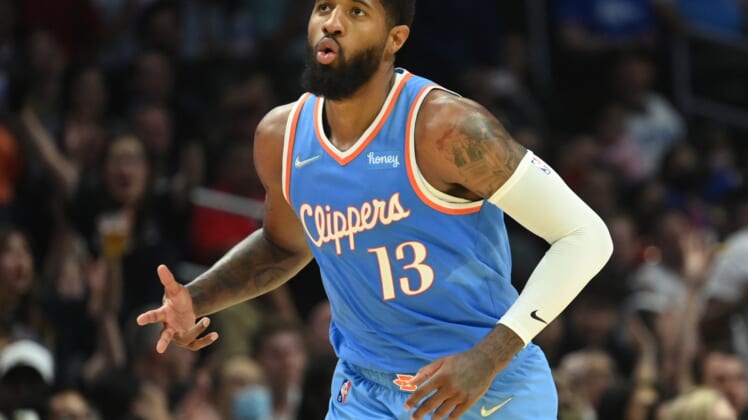 Clippers star Paul George is in the NBA’s health and safety protocol and won’t play Friday night as the team looks to lock up the final playoff berth in the Western Conference, the Los Angeles Times reported.

The Clippers had yet to make an official announcement as of midday Friday, hours before their home game against the New Orleans Pelicans. The winner earns the No. 8 seed in the playoffs and will face the host Phoenix Suns, the No. 1 seed, in the opening round of the playoffs on Sunday.

George, 31, has been limited to just 31 games this season. The seven-time All-Star missed three months with an elbow injury.

He scored a game-high 34 points on Tuesday in the Clippers’ 109-104 loss to Minnesota in the opening round of the play-in tournament. The Timberwolves advanced to the playoffs as the No. 7 seed, leaving the Clippers to play another game to try to make the postseason.