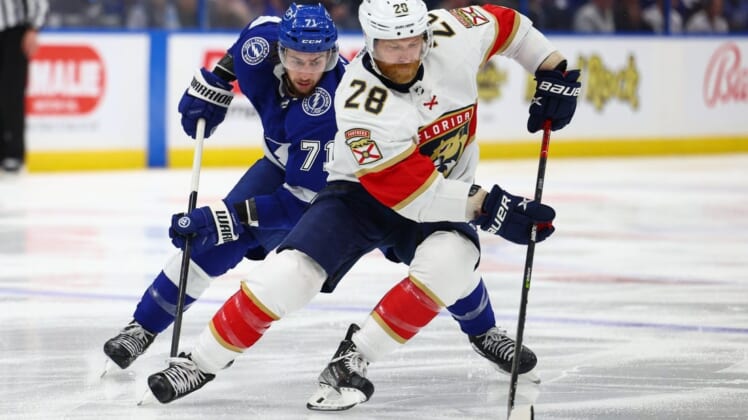 Giroux, who is from Hearst, Ontario, recorded 65 points (21 goals, 44 assists) in 75 games last season split between the Philadelphia Flyers and Florida Panthers.

The 34-year-old spent parts of 15 seasons in Philadelphia and had served as the captain of the Flyers since January 2013 prior to being traded to the Panthers in March.

Prior to the trade, Giroux joined Hockey Hall of Famer Bobby Clarke as the only Flyers to play 1,000 games for the franchise.