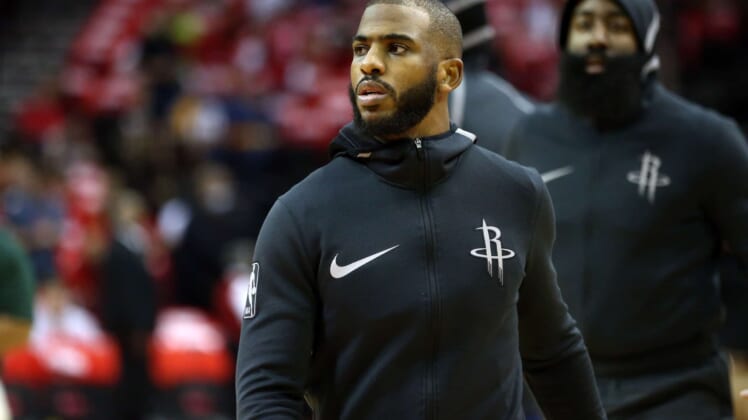 Chris Paul has been out of the Houston Rockets lineup the past 17 games, but according to Tim MacMahon of ESPN he’s planning to finally make his return.

Paul injured his hamstring back in December and has missed the past month recovering — far more time than his initial prognosis.

MacMahon previously had reported there is an “almost 100 percent” chance Paul would play Sunday night against the Orlando Magic, and despite Mike D’Antoni expressing uncertainty during Saturday’s practice it appears he’s a full go.

In 26 games this season, Paul has averaged 15.6 points, eight assists and four rebounds per game for Houston. Since his injury, James Harden has taken the NBA by storm, and it’d going to be fascinating to see how Paul’s reinsertion into the lineup will affect his scoring streak.

With a record of 28-20, Houston currently occupies the No. 5 seed in the ultra-competitive Western Conference.