Report: Chris Jones expected to hold out of training camp; ‘no movement’ in contract talks 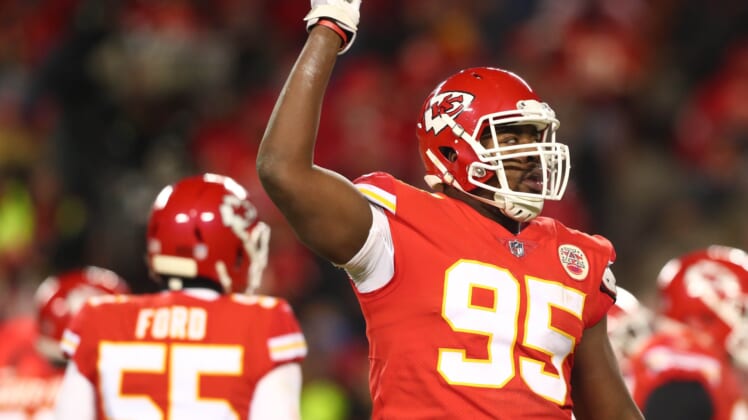 Second-Team All-Pro defensive tackle Chris Jones was a holdout the entire offseason for the Kansas City Chiefs, and it looks like that will continue at the start of training camp.

According to Sam Mellinger of the Kansas City Star, “There has been no movement from either side or discussion between the two” sides about a contract extension.

Mellinger wouldn’t go as far as to say Jones will absolutely hold out of camp, but the general sense is that he’s not showing up any time soon without a new deal. However, the former second-round pick must show up to camp in order to accrue a season and become a free agent next year, if he doesn’t end up signing a long-term contract with the Chiefs.

It’s a high-stakes game of chicken going on between Jones’ representatives and the Chiefs. There is no doubt that Jones deserves a raise. He’s set to earn just under $2 million in the final year of his rookie deal, despite a huge third season that saw him register 15.5 sacks, along with an interception returned for a touchdown.

The problem is that the Chiefs have reportedly told Jones that there will be no contract negotiations until he shows up. But he likely sees things from the perspective of, “I’m not risking an injury over $2 million when I could get $45 million guaranteed on a new deal.”

So with that in mind this holdout situation could become an extended one, if both sides stick to their guns.