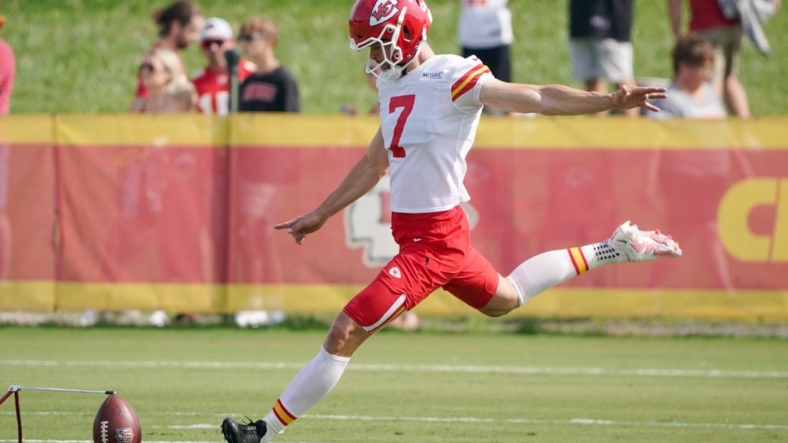 The Kansas City Chiefs are working out kicker Tristan Vizcaino on Monday in the event that Harrison Butker’s ankle injury sidelines him for Week 2, according to multiple reports.

The Chiefs are on a short week, hosting the Los Angeles Chargers on Thursday night to open Week 2.

Vizcaino kicked in six games for the Chargers in 2021, converting 10 of 15 extra points and making six of seven field goal attempts. He also kicked in a game for the San Francisco 49ers in 2020.

Butker suffered an ankle injury after his first kickoff against the Arizona Cardinals on Sunday. His left plant foot seemed to slip and twist awkwardly on the kickoff. Butker went to the medical tent and eventually the locker room to get evaluated.

He was successful on the PAT after the Chiefs’ second touchdown but safety Justin Reid came on for the extra point attempt on their third touchdown, missing wide right.

Reid then took over kickoff duties, easily reaching the end zone for a touchback on two of those.