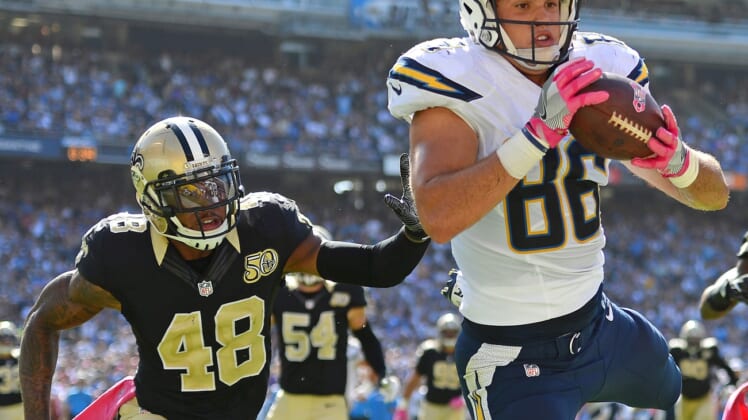 To nobody’s surprise, the Los Angeles Chargers have used the franchise tag on tight end Hunter Henry, per Ian Rapoport of NFL Media.

According to Over The Cap, this means Henry will earn roughly $11 million in 2020 if he doesn’t ink a long-term extension before the deadline.

When healthy, Henry is one of the NFL’s best pass-catching tight ends. He’s missed games due to injury in each of his first four years in the NFL, however, and was out all of 2018 with a knee injury.

In 41 career games, Henry has caught 136 passes for 1,709 yards and 17 touchdowns. Now the big question is, who’ll be throwing him the ball this year in Los Angeles?