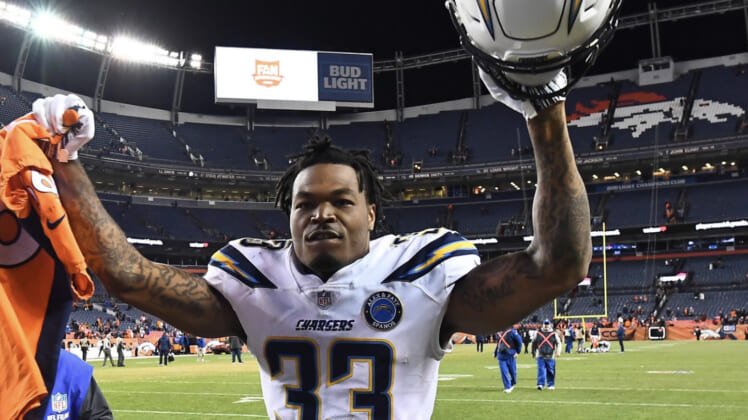 The 4-7 Los Angeles Chargers have been without one of their most-dynamic defensive weapons throughout the first 11 games of the season.

Now in desperation mode heading into Week 13, Los Angeles will be getting said player back.

According to ESPN’s Adam Schefter, Pro Bowl safety Derwin James is slated to come off injured reserve and will likely play Sunday against the division-rival Denver Broncos.

A first-round pick from Florida State back in 2018, James has missed the entire season with a stress fracture in his right foot.

A key component to the Chargers’ surprising success last season, James’ absence has led to major struggles in 2019. Specifically, Los Angeles is yielding a 97.7 passer rating compared to an 89.1 mark last season.

At 4-7 on the season, these Chargers are two games behind four different teams for the final wild card spot in the AFC. After relatively easy games against Denver and Jacksonville over the next two weeks, they finish up the regular-season slate with three consecutive outings against winning clubs.

The hope here is that James can make an immediate impact. Short of the Chargers winning out and getting some help, they will not return to the postseason for a second consecutive year.