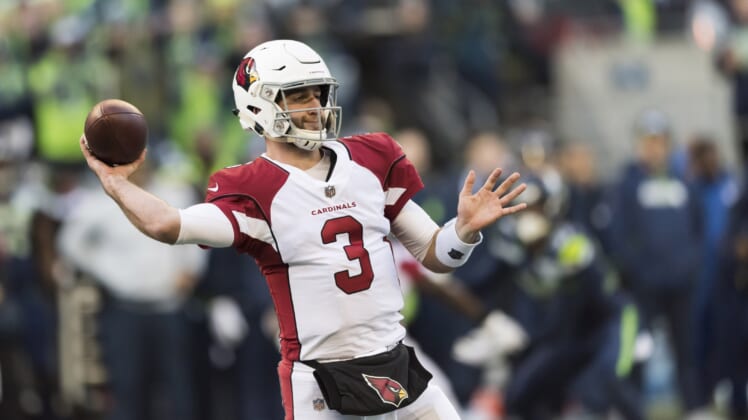 The big NFL draft scuttlebutt these days is that the Arizona Cardinals will select Kyler Murray No. 1 overall, leaving Josh Rosen out in the cold. The New York Giants have been reported as being interested in potentially making a trade for Rosen, and now we can add two more teams to this list.

According to Joel Klatt of Fox Sports, the Los Angeles Chargers and New England Patriots have also shown interest in potentially making a deal with Arizona for the second-year quarterback. He also says one of the teams has already offered a second-round pick.

It’s hardly surprising to hear that the Cardinals may be holding out for a first-round pick. They did trade up to No. 10 overall last year just to land Rosen in the first place, after all.

When it’s all said and done, however, we’d be stunned if the Cardinals did get what they want. Assuming, of course, that Rosen really will be traded and this Murray business is nothing more than a smokescreen.