Report: Chargers believe they are out of the running for Tom Brady 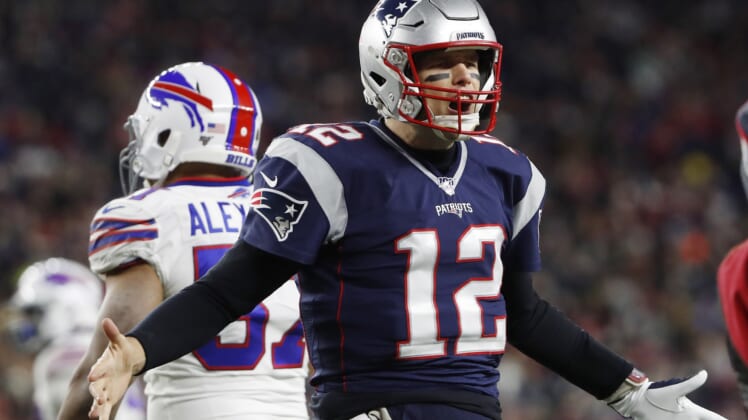 Tom Brady ruled out a return to the New England Patriots on Monday, making it a two-team race between the Los Angeles Chargers and Tampa Bay Buccaneers to land the future Hall of Famer. Now with the start of the new league year closing in, the Chargers reportedly believe they are out of the running to land Brady.

According to NFL.com’s Jim Trotter, Brady’s camp is leading the Chargers to believe that he will remain on the East Coast because of his family. As a result, despite a massive push to convince him to come to Los Angeles, the Chargers now believe it is no longer a contender for Brady.

The Buccaneers’ interest in Brady is known, with general manager Jason Licht confirming the team’s pursuit of the legendary quarterback. Meanwhile, Buccaneers guard Earl Watford seemingly announced that Brady would be signing with Tampa Bay this offseason.

While the Chargers might have made a strong effort to land Brady, the Buccaneers seemingly have the advantage geographically and are willing to go to great lengths to convince him to sign. In fact, they were reportedly willing to offer him some input on the construction of the roster and allow him to help mold the play-calling in Bruce Arians’ offense.

There still might be time for the Chargers or another team to try and jump in for Brady. For now, though, it appears increasingly likely that Brady will be taking his talents to Florida and joining the Buccaneers.