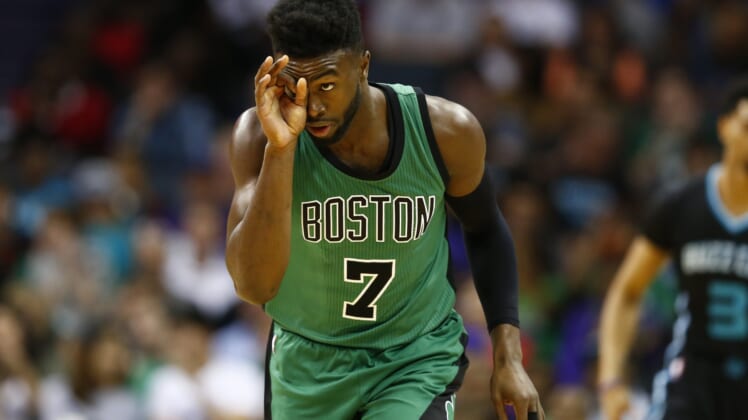 The Boston Celtics joined the Sacramento Kings on Monday in locking up a young core player for the foreseeable future.

According to ESPN’s Adrian Wojnorowski, the Celtics have signed wing Jaylen Brown to a four-year extension worth a whopping $115 million.

Boston had been in talks all offseason with its former No. 3 overall pick. However, it did not look like the two sides were going to come to terms on a long-term deal. That’s now happened on the eve of the regular season.

Brown, 22, has not necessarily panned out after being considered a high-upside option heading into the 2016 NBA Draft.

The former Cal standout averaged just 13.0 points and 4.2 rebounds while shooting at a 47% mark last season.

Boston is putting a lot of faith in the idea that he’ll step up with Kyrie Irving and Al Horford no longer on the team. It’s a major risk for general manager Danny Ainge. That’s for sure.