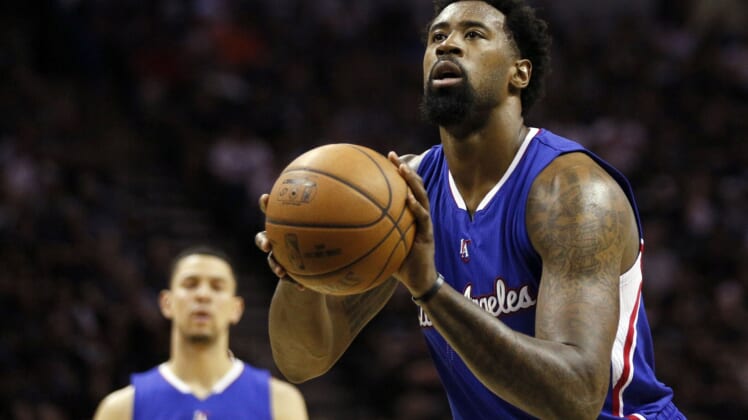 After being absolutely blown out by the Houston Rockets on Saturday night, it’s readily apparent that the struggling Cleveland Cavaliers have to do something prior to Thursday’s trade deadline in order to right this ship.

Already linked to DeAndre Jordan in trade talks, Cleveland has apparently made an offer to the Los Angeles Clippers for Jordan. Said offer caused talks to stall on a dime, according to USA Today’s Sam Amick and Jeff Zillgitt.

“As it pertains to the Cavs’ interest in the Clippers’ DeAndre Jordan, a person with knowledge of that situation said Cleveland continues to offer only its own first-round pick and this kind of unwanted money in those stalled negotiations,” the two reported.

The unwanted contracts are said to be Tristan Thompson ($36 million over the next two seasons) and J.R. Smith ($14.7 million in 2018-19). In addition to this, Cleveland refused to offer up the first-round pick it received from Boston (via Brooklyn) in the Kyrie Irving trade. Instead, their original selection will fall somewhere in the 20s.

Obviously, that’s what we would call a low-ball offer from GM Koby Altman and Co. It won’t be enough to land anyone of real significance, especially someone of Jordan’s ilk.

If Cleveland is going to go this route, it’s unlikely to add a difference-maker needed for the team to overcome a recent stretch that has seen it lose 13 of 20 heading into Tuesday’s game against Orlando.