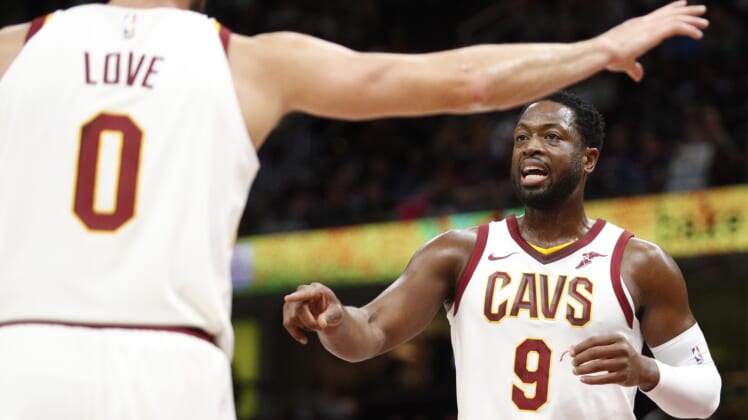 The Cleveland Cavaliers have absolutely no chill. In two separate deals on Thursday, the team has acquired Jordan Clarkson and Larry Nance Jr. from the Lakers in exchange for a package that includes Isaiah Thomas. It then moved Derrick Rose, Jae Crowder and Iman Shumpert in a three-team deal to bring back both Rodney Hood and George Hill.

According to ESPN’s Adrian Wojnarowski, the Cavaliers have sent Dwyane Wade back to his Miami roots in exchange for what’s being called “a highly protected” second-round pick.

As the NBA insider notes, this was Cleveland’s way of catering to Wade after it acquired three younger perimeter options in the above-mentioned trades.

Obviously, there’s going to be more to this story as it breaks. We’ll have further updates when that happens. But for now, it’s apparent that the Cavaliers are going all in this season. Whether that leads to anything of substance come playoff time remains to be seen.