Report: Cavaliers tell Kevin Love to help them trade him 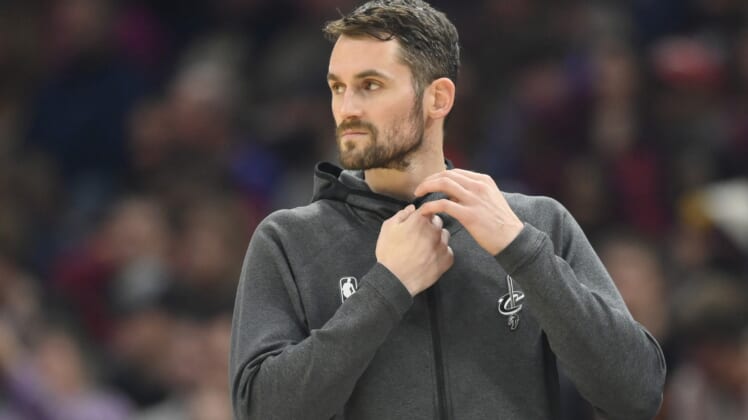 When reports broke this past weekend that Cleveland Cavaliers star Kevin Love had a meltdown in front of his teammates, rumors that he could be traded heated up.

ESPN’s Brian Windhorst, a noted Cavaliers insider, reported on Monday that the team has gone to Love and demanded that he help them trade him.

It’s not what you think. Love isn’t going to be out there negotiating with other teams. Rather, the front office went to the five-time All-Star and pretty much told him to change his attitude.

The display we saw this past weekend with Love embarrassing Cavaliers head coach John Beilein is not going to help matters here. Love needs to show more professionalism. That’s what general manager Koby Altman and Co. are telling him.

The NBA champion is averaging 16.4 points and 10.3 rebounds on 45% shooting from the field this season.

Set to count north of $90 million against the cap in the final three years of his contract, Love might be hard to trade in the first place. Add in perceived attitude issues and that’s magnified further.