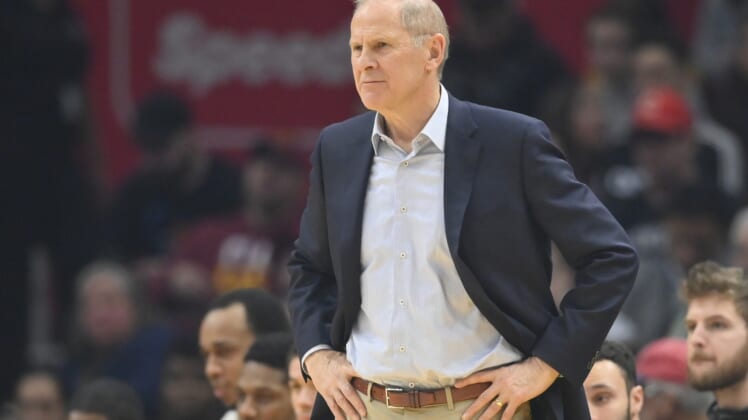 Less than a year after hiring him, the Cleveland Cavaliers and John Beilein are reportedly prepared to part ways by Wednesday, per The Athletic’s Shams Charania.

The Cavaliers are in advanced discussions with Beilein to mutually part ways, per The Athletic. As part of the resolution, which is expected to be reached on Wednesday, Beilein will leave the remainder of his contract behind to step away from coaching.

Cleveland is expected to name assistant J.B. Bickerstaff as its new full-time coach, rather than promoting him on an interim basis. The 40-year-old coached the Memphis Grizzlies from 2017-’19, taking over for David Fizdale during the 2017-’18 season, posting a 48-97 record. He also served as the Houston Rockets’ interim coach in 2015’16, finishing with a 37-34 record.

The Cavaliers were hopeful that Beilein would transition from an incredible collegiate coaching career to the NBA smoothly. After posting a 278-150 record, including eight Final Four appearances, Beilein never seemed comfortable in the NBA.

Beilein’s decision reportedly came as a result of the Cavaliers’ struggles and family issues. It’s unknown whether the 67-year-old might consider a return to the collegiate ranks or step away from coaching entirely.