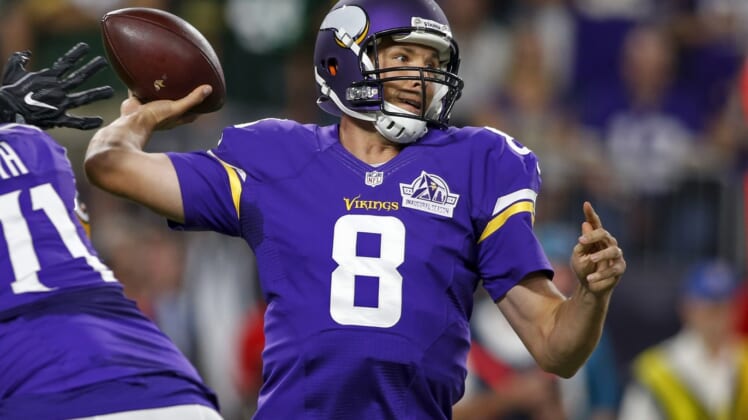 A day after Case Keenum signed with the Denver Broncos, his former teammate, Sam Bradford, is also leaving the Minnesota Vikings. Adam Schefter of ESPN has reported that Bradford will sign with the Arizona Cardinals.

With Kirk Cousins signing with Minnesota, the departures of both Keenum and Bradford were predictable.

Arizona figures to be a nice landing spot for Bradford. With a strong running game led by David Johnson and a fantastic veteran receiver in Larry Fitzgerald, Bradford will have decent weapons to work with.