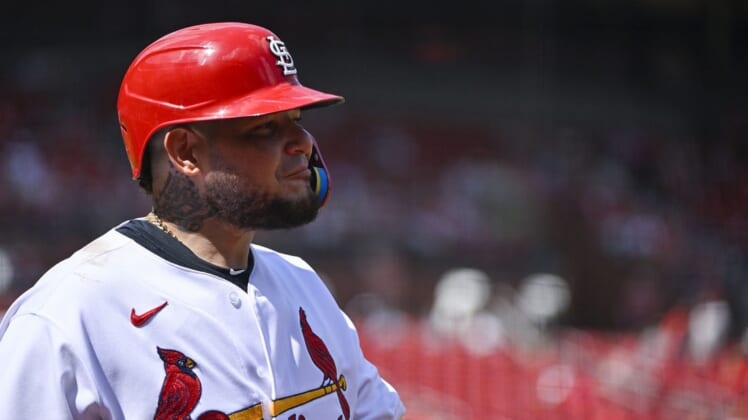 The Cardinals placed Yadier Molina on the restricted list Saturday in order for the veteran catcher to return to his native Puerto Rico for “business reasons,” the St. Louis Post-Dispatch reported.

Per the report, Cardinals president of baseball operations John Mozeliak expects Molina to return Monday for the start of a five-game road series against the Chicago Cubs.

There were no other specifics given for Molina’s departure, with the report indicating that he does own a basketball team in Puerto Rico that could clinch a championship Saturday. It was not known if the basketball team was the reason he left the Cardinals’ three-game series at Arizona.

Molina, 40, recorded his first three-hit performance of the season during St. Louis’ 5-1 win over the Diamondbacks on Friday night. He moved into fifth place in hits by a primary catcher with 2,152, passing Yogi Berra (2.150).