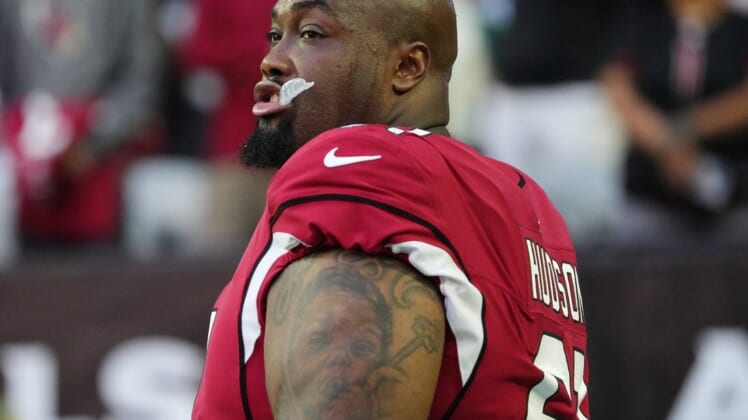 After shunning the team’s mandatory minicamp last month, Arizona Cardinals center Rodney Hudson has reportedly told the team that he plans to attend the start of training camp next week.

According to NFL Network on Monday, Hudson “will play in 2022” and intends to arrive at camp when veterans are due to report on July 26.

Hudson, who turned 33 last week, was a surprise no-show at the team’s June minicamp in an absence that Cardinals coach Kliff Kingsbury called “unexcused,” adding at the time, “We’re working through something with him.”

The three-time Pro Bowl selection is coming off his first season with Arizona after spending his first 10 years with the Kansas City Chiefs (2011-14) and Oakland/Las Vegas Raiders (2015-20).

Hudson has started 139 times in 155 career games, starting every game in a season five times over 11 NFL seasons.