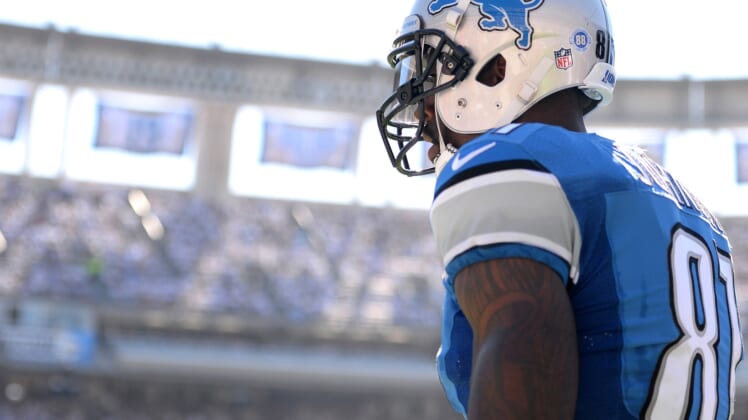 If this is indeed the case, then the Lions will have $12.9 million of dead cap, which is actually a savings of over $11 million overall.

Johnson has spent all nine of his NFL seasons with the Detroit Lions and amassed quite an impressive career stat line: 731 catches for 11,619 yards and 83 touchdowns.

However, it seems unlikely that these numbers will be enough to get Johnson enshrined in Canton as one of the NFL’s Hall of Famers, if he is indeed retiring.

He had previously expressed the fact that he could be mulling retirement:

“Like many players at this stage of their career, I am currently evaluating options for my future,” Johnson said, via NFL.com. “I would expect to have a decision regarding this matter in the not-too-distant future.”

The Lions have other offensive weapons to soften the blow, but losing “Megatron” will certainly hurt. In his stead, Golden Tate, Eric Ebron and Ameer Abdullah will be tasked with picking up the slack. The Lions could target a top receiver at No. 16 overall, but logic dictates the roster has too many other holes to fill.