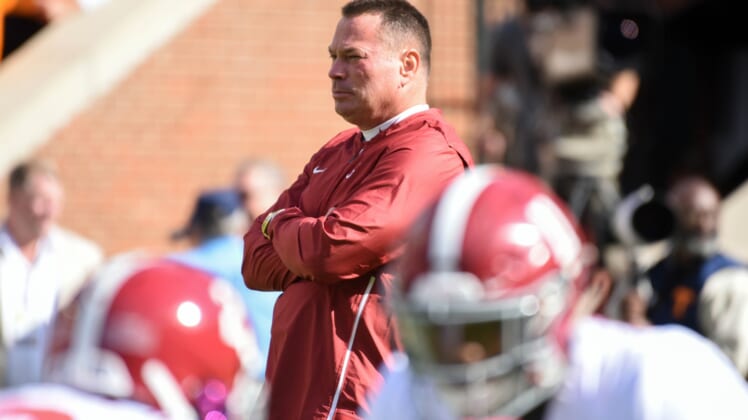 Maryland hired Mike Locksley to lead the football program, and the Alabama offensive coordinator is looking to bring fellow assistant Butch Jones along.

According to Zach Barnett of Football Scoop, the former Tennessee boss has been offered to join Locksley’s staff as the associate head coach. Current indications are a deal will be reached, Barnett reports.

“Sources also indicated Jones’ position would include oversight over the offense, though it is not likely to include an offensive coordinator title.”

Jones, an analyst for Nick Saban on the current undefeated Alabama team, most recently served as a head coach at Tennessee.

Over five seasons in Knoxville, Jones compiled a 34-27 overall record. However, a 14-24 mark in SEC action led to his dismissal. He eventually landed with Alabama, which has become a bit of a rejuvenation spot for coaches.

Jones caught a healthy dose of criticism for his tenure at Tennessee, but he’s a decent recruiter with a background in offense. And at Maryland, a program dealing with internal issues and struggling to contend in the Big Ten, those are much-needed assets.