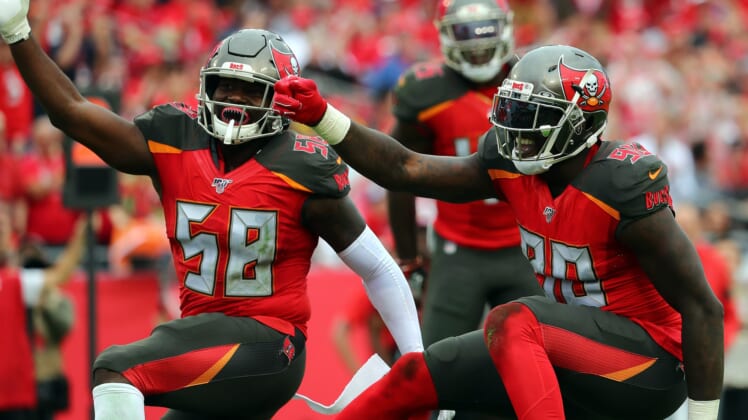 The Tampa Bay Buccaneers are reportedly thinking about using the franchise tag on pass rusher Shaquil Barrett, instead of quarterback Jameis Winston.

ESPN’s Adam Schefter wrote Friday on Twitter that the “Bucs are strongly considering placing their franchise tag on pass rusher Shaquil Barrett if the two sides are unable to reach a long-term deal, per league source.”

There’s been some talk about Tampa Bay being interested in inking Winston to a two-year deal with a team option for the second season. If they believe he’d be interested in that type of arrangement — a prove-it deal, to be sure — then it would be an easy decision to make using the franchise tag on Barrett, instead.

The former Denver Broncos edge rusher had a career year last season tallying a league-high 19.5 sacks after inking a one-year prove-it deal himself. And now he’s set to reap the rewards. The current estimate for a defensive end on the tag in 2020 is just over $19.3 million, per overthecap.com.