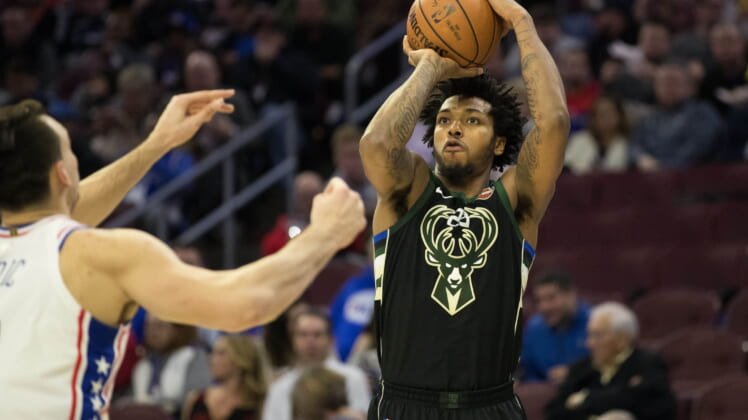 Milwaukee Bucks rookie guard Sterling Brown was reportedly tasered and arrested by Milwaukee Police on Thursday night, per Dan O’Donnell of News/Talk 1130. Police made the arrest after Brown was alleged to have double-parked in two handicapped spots at a local Wallgreen’s.

Per the report, police were writing up a parking ticket for his Mercedes. He allegedly confronted them and became combative, prompting one of the officers to use his taser.

“Milwaukee Police were conducting a business check around 2:00 a.m. on January 26th at Walgreens located at S. 26th Street and W. National Avenue when they encountered a vehicle parked across two disability parking spaces,” Milwaukee Police Sgt. Timothy Gauerke said in a statement, per the report. “Officers spoke with a 22-year-old male and during the incident an electronic control device was deployed and the man was arrested.  The circumstances of the incident and the use of force are currently being reviewed by the Department.”

Though Gauerke did not name Brown, a law enforcement source confirmed to News/Talk 1130 that the suspect was indeed the NBA rookie. The Bucks have not commented at this time aside from issuing a statement that reads they are, “aware of the incident involving Sterling Brown and are looking into it.”

The rookie out of Southern Methodist University is averaging 3.5 points and 1.8 rebounds per game for the Bucks this season and just made his first start for the Bucks last Saturday.