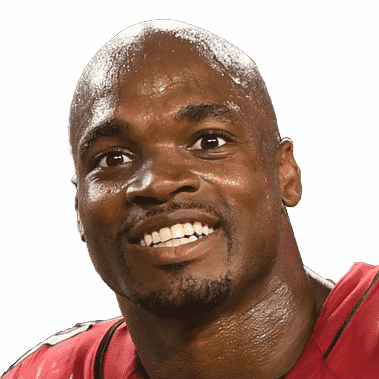 Adrian Peterson is doing everything he possibly can right now to broadcast to NFL teams that he’s ready to get back to playing ball in 2018, and the Tampa Bay Buccaneers reportedly could have some interest.

According to Florida Football Insiders, “Tampa Bay may be ready to take a small gamble on bringing the future Hall of Famer in for one last try.”

The Bucs were one of the teams showing some interest in Peterson last year before he ended up in New Orleans. Recently, the former All-Pro revealed he wants to play another half decade, if that’s possible.

Last season was a mixed bag for the longtime veteran. He struggled during his tenure with the Saints before showing some signs of life with the Arizona Cardinals, who made a mid-season trade after losing David Johnson for the year.

Peterson’s value is limited. He’s really only a two-down back and struggles in the passing game. But since Tampa Bay has some smaller backs in Jacquizz Rodgers and rookie Ronald Jones II, adding a bruising back like Peterson could potentially be a good move.