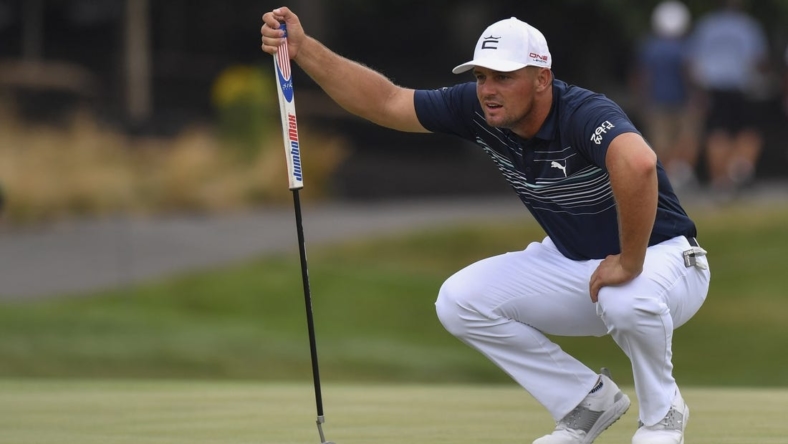 Eight of the 11 members of LIV Golf who originally sued the PGA Tour have since dropped out of the lawsuit, but Bryson DeChambeau is one of the three who remain.

DeChambeau told ESPN he’s keeping his name on the lawsuit after the PGA declined to pay him $1.75 million worth of bonus money — but said it’s “not about the money, it’s about the principle” behind it.

DeChambeau said the PGA Tour owed him $3.5 million through its Player Impact Program last year. He received the first half of the bonus in February and was supposed to fill two requirements to receive the other half, one of them being a charity event appearance.

But DeChambeau was suspended by the tour the moment he made his LIV Golf debut in Portland, Ore., without a waiver from the PGA. He claimed he was told that because he’s no longer in good standing with the tour, he could not fulfill the charity requirement to receive the PIP money.

“They said because you’re not in good standing, we’re not allowing you to do something to help out junior golf and junior golfers,” DeChambeau said. “To me, that’s childish. It just shows where they stand emotionally. I respect and understand it, but when you’ve completed something and provided entertainment for them last year, that’s the reason I’m in the lawsuit.”

Peter Uihlein and Australian Matt Jones are the other two players who remain on the lawsuit with DeChambeau, though LIV Golf itself has joined as a plaintiff.

Bubba Watson also told ESPN that he did not receive the full bonus he was promised for finishing in the top 10 of the Player Impact Program, which sought to award the tour’s most popular golfers.

DeChambeau is an eight-time winner on the PGA Tour, counting his one major victory at the 2020 U.S. Open. He was ranked as high as No. 4 in the world in 2021. While LIV players are unable to earn Official World Golf Ranking points, he has dropped to No. 52.

The Saudi-funded LIV Golf Invitational Series will conclude its first season this week with a team championship event at Trump National Doral in Miami.