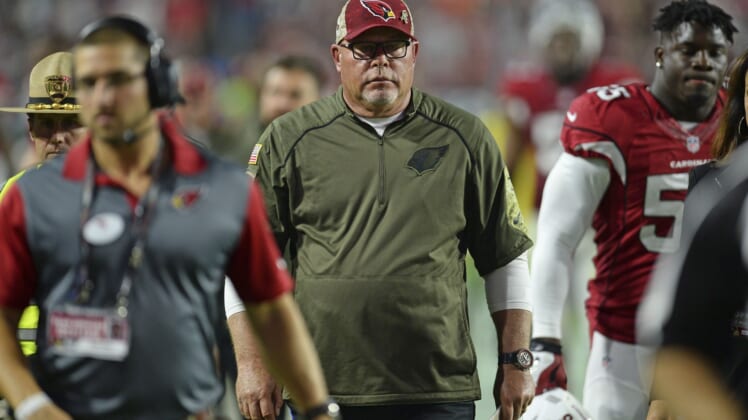 A day after moving on from head coach Dirk Koetter, the Tampa Bay Buccaneers are already being tied to some of the top coaching candidates on the market.

Previously only linked to the Cleveland Browns, former Arizona Cardinals head coach Bruce Arians reportedly told NFL Media’s Ian Rapoport that he would be interested in talking to Buccaneers general manager Jason Licht about their opening.

Previously, former #AZCardinals coach Bruce Arians had said he’d only consider the #Browns job. But with the #Bucs job open, BA just texted me: "I know Jason (Licht). So, I would listen.” That would be interesting.

Arians and Licht worked together in Arizona for one season before the latter decided to move on to Tampa Bay and become the Buccaneers’ general manager in 2014.

It had previously been noted that the 66-year-old Arians was only interested in the Browns’ head coaching vacancy. His familiarity with Licht obviously changed things a bit here.

Tampa Bay is an attractive destination for multiple reasons. First off, the climate in Florida is something that Arians had in the past shown interest in. The warm environment and so on.

Secondly, the idea of potentially working with Jameis Winston could be attractive for the longtime offensive coordinator. Arians previously worked with the likes of Ben Roethlisberger and Andrew Luck.