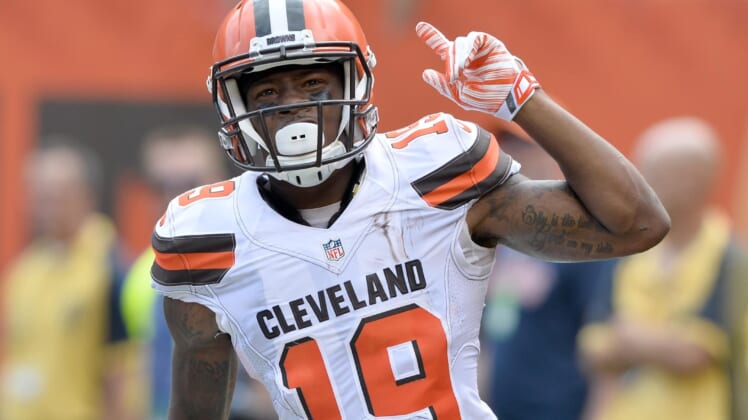 The wheeling, dealing Cleveland Browns might not be done making trades as the new NFL league year approaches. After a flurry of trades that set the NFL world on fire this past week, general manager John Dorsey is clearly intent on transforming the roster, with more change likely on the way.

According to Mary Kay Cabot of Cleveland.com, the arrival of Jarvis Landry likely signals a couple of things. First, she notes that former first-round pick Corey Coleman could be on his way out in a trade.

“With Dorsey in a dealing mood, 2016 No. 15 overall pick Corey Coleman can probably be had in a trade,” she writes. “Hue Jackson has not been happy with Coleman’s production and he hasn’t lived up to his first-round status.”

In two seasons, Coleman has missed nearly a full season due to injuries. He’s also caught just 56 passes for 718 yards and five touchdowns. Regardless of what happens with Coleman, Cabot also expects the Browns to look into bringing back free agent receiver Terrelle Pryor.

“The Browns will pursue other receivers in free agency, including Terrelle Pryor. If they sign Pryor, he could play on the outside opposite Gordon, with Landry in the slot.”

Remember, Pryor had his best year as a professional with the Browns in 2016. That season, he caught 77 passes for 1,007 yards and four touchdowns.

Clearly, the Browns are doing everything in their power to ensure they don’t have another embarrassing season in 2018. Whether it all works out remains to be seen. But fans in Cleveland have to at least be encouraged by the way their team is making the effort to get better.