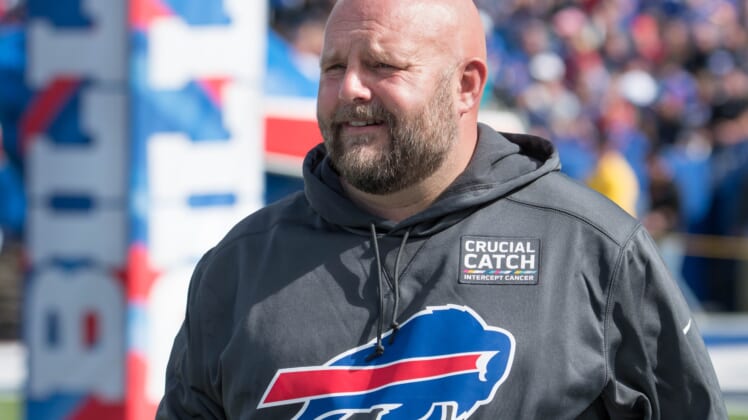 As the Cleveland Browns begin a thorough coaching search to find the right head coach to turn them around, the team is reportedly set to interview one of its former coaches on Sunday.

The 44-year-old coach served as the Browns’ offensive coordinator from 2009-’10. On Eric Mangini’s staff, the offense ranked 32nd and 29th in the two seasons with Daboll before he left for the same position with the Miami Dolphins.

After working under Bill Belichick from 2013-’16, Daboll joined the Alabama Crimson Tide for the 2017 season as co-offensive coordinator and quarterback coach. He joined Buffalo’s coaching staff in 2018 and has played a pivotal role in Josh Allen’s growth as a passer.

While Daboll’s first stint in Cleveland didn’t go well, his time learning from Bill Belichick and Nick Saban made him a better coach and he could be the one to fix the Browns’ offense.