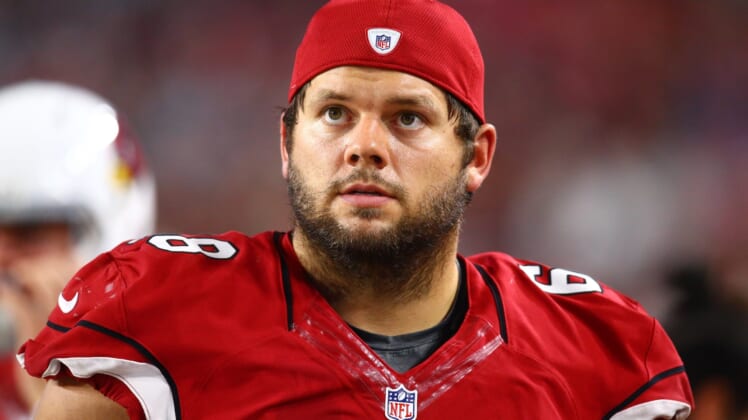 The Denver Broncos on Friday solidified their offensive line in front of new starting quarterback Case Keenum. According to this report from Broncos beat writer Mike Klis, Denver has acquired veteran offensive tackle Jared Veldheer from the Arizona Cardinals in exchange for a sixth-round pick in the 2018 NFL Draft.

Breaking: A late-inning free agency HR for Elway—Broncos in process of acquiring Arizona OT Jared Veldheer for 6th round pick. He’s a 100+game starter primarily as LT. He will start at RT for Broncos. Offensive line solidified. #9sports

Veldheer, 30, has started 101 games — primarily at left tackle — over the course of his eight-year career. In his four seasons with the Cardinals after signing a five-year, $35 million contract, the former Oakland Raiders standout started all 53 games in which he appeared on the left side of the line.