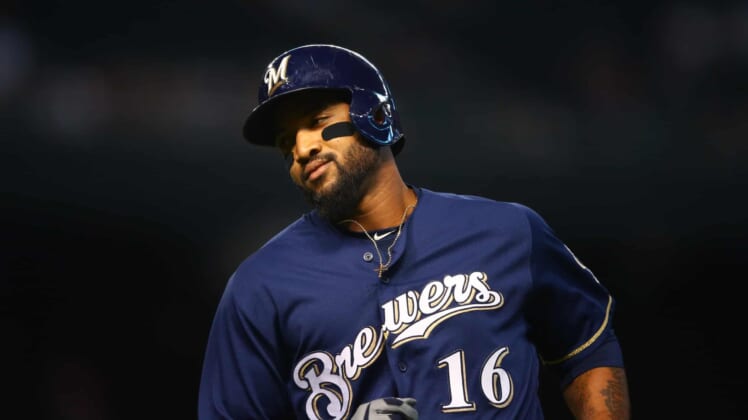 A busy offseason of trades continued on Friday for Seattle Mariners general manager Jerry Dipoto as the team reportedly agreed to a deal acquiring outfielder Domingo Santana from the Milwaukee Brewers.

According to Ryan Divish of The Seattle Times, Seattle has reached agreement on a trade to acquire the 26-year-old outfielder from the Brewers, though the deal is still pending medicals being reviewed.

Mariners are working to finalize a trade for outfielder Domingo Santana of the Brewers. Medicals need to be checked.

According to Corey Brock of The Athletic, Milwaukee will receive 26-year-old outfielder Ben Gamel and 22-year-old pitcher Noah Zavolas.

Zavolasl was drafted in the 18th round of the 2018 MLB Amateur Draft by the Mariners. He pitched 38.2 innings between Low-A and High-A ball in the organization this past season and recorded a 3.03 ERA with 41 strikeouts and a .214 batting average allowed.

Gamel is a left-handed hitter with experience in both corner outfield spots. He posted a .272/.358/.370 slash line in 101 games last season with the Mariners.