Report: Brandin Cooks is ‘the driving force behind trade talks 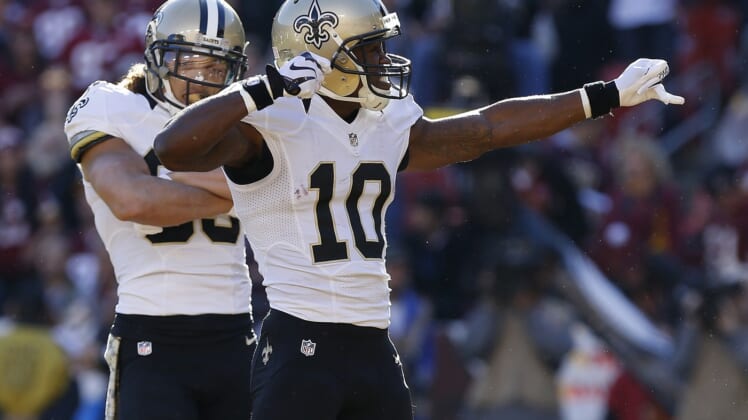 According to reports, New Orleans Saints receiver Brandin Cooks has been been talked about as a possible trade candidate for both the Tennessee Titans and Philadelphia Eagles.

Cooks himself is reportedly the one driving the talks that would lead to his departure from the Saints.

From our show today: I'm told Brandin Cooks is the driving force behind trade talks. Wants out of #SAINTS offense.

Statistically, it’s hard to imagine Cooks going to a much more friendly offense than New Orleans.

Rookie Michael Thomas did emerge as a favorite of Drew Brees during 2016. Still, Cooks didn’t exactly get phased out. He caught 78 passes for 1,173 yards and eight touchdowns. Brees has topped 5,000 yards passing five times in his career and 4,500 three more.

Traditionally speaking, the Saints’ offense has had plenty of room for multiple receivers to be happy.

New Orleans drafted Cooks in the first round of the 2014 NFL Draft. Given that he’s topped 1,000 yards in each of the last two seasons and is only 23, Cooks should bring a decent trade haul back to the Saints.

We had previously mentioned Philadelphia as a possible landing spot for Cooks. Based on this new information, it seems that both the wide receiver and the Eagles might agree.

It will be interesting to see what happens here.