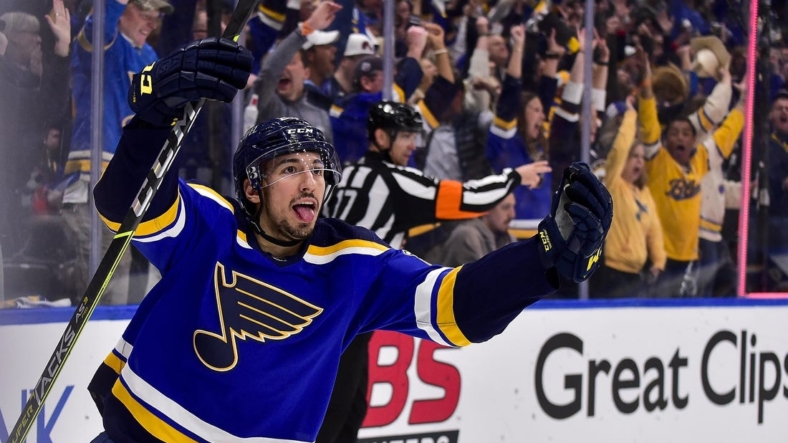 The report said the deal is similar to the eight-year, $65 million agreement the team reached with fellow center Robert Thomas in July.

Kyrou set career highs across the board last season with 75 points (27 goals, 48 assists) in 74 games.